Is the End Near?: What Jesus Told Us about the Last Days (Paperback) 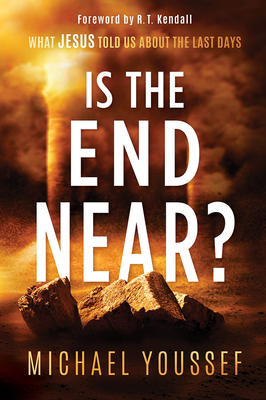 Is the End Near?: What Jesus Told Us about the Last Days (Paperback)

When will the insanity end?

This book will answer your questions about end times issues by examining statements that Jesus Himself made about what was to come. You will be encouraged as you anticipate Christ's return. Both inside and outside the church, people are asking the same question: Is this the end of the world? With a global pandemic that has killed millions; nations spending millions of dollars to update their nuclear weapons arsenals; and an increase in fire, floods, plagues, and other natural disasters, Christians and non-Christians alike are concluding that history appears to be drawing to a close.
Yet Dr. Michael Youssef says now is not the time to fear. In Is The End Near? Dr. Youssef looks at Jesus' words in Matthew 24 and 25 about the end of civilization and the coming of the one world ruler and examines:

As believers, we don't have to fear the end. Using God's Word as our guide, we can look toward the future with hope, because we know the One who holds the future in His hands. FOREWORD BY R. T. KENDALL
Dr. Michael Youssef was born in Egypt and lived in Lebanon and Australia before coming to the United States, where he fulfilled a childhood dream of becoming an American citizen. He holds degrees from Moore College in Sydney and Fuller Theological Seminary in Pasadena, California, and a doctorate in cultural anthropology from Emory University in Atlanta. He founded The Church of the Apostles, which was the launching pad for his Leading The Way television and radio international broadcast ministry. Dr. Youssef has authored more than forty books, including popular titles such as Saving Christianity? and Hope for This Present Crisis. He and his wife, Elizabeth, reside in Atlanta.