The Book of the Damned (Paperback) 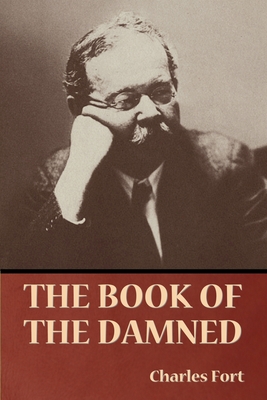 The Book of the Damned (Paperback)

The Book of the Damned was the first published nonfiction work by American author Charles Fort (first edition 1919). Concerning various types of anomalous phenomena including UFOs, strange falls of both organic and inorganic materials from the sky, odd weather patterns, the possible existence of creatures generally believed to be mythological, disappearances of people, and many other phenomena, the book is considered to be the first of the specific topic of anomalistics.

The title of the book referred to what he termed the "damned" data - data that had been damned, or excluded, by modern science because of their not conforming to accepted belief. Fort charged that mainstream scientists are conformists who believe in what is accepted and popular, and never really search for truth that may be contrary to what they believe. He also compared the close-mindedness of many scientists to that of religious fundamentalists, implying that the supposed "battle" between science and religion is just a distraction for the fact that, science, in his opinion is in essence simply a de facto religion. This is a theme that Fort developed more in his later works, New Lands and Lo , particularly.

Fort was one of the first major writers to deal extensively with paranormal phenomena. (wikipedia.org)