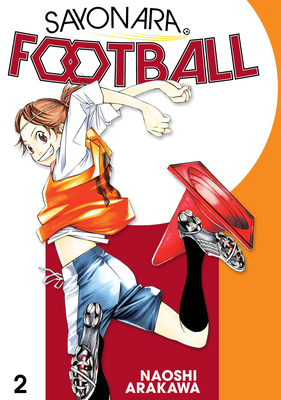 This is book number 2 in the Sayonara, Football series.

All Nozomi Onda's ever wanted was a chance to show her coach, her captain and her old "pupil" Namek, now the captain of the rival Egami West, what she's made of on the ﬁeld--and now she's got it. With the Newcomer's Tournament on the line, and so much pressure from everyone who said girls don't belong on the ﬁeld with boys, how will she rise to the occasion?
Naoshi Arakawa debuted in 2009 with the soccer manga, Sayonara, Football, going on to create the hit classical music manga Your Lie in April, which was adapted into a successful TV anime. He is currently drawing high-school soccer manga Farewell, My Dear Cramer, which is available digitally and in print.