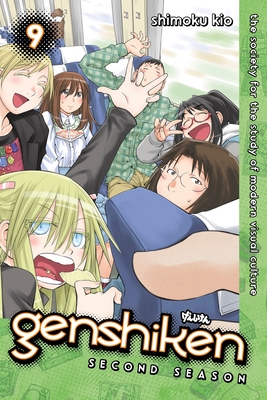 This is book number 9 in the Genshiken: Second Season series.

Honesty Hurts
As Madarame's harem adventures continue with his escape from Keiko's terrifying clutches, Hato and Yajima each throw themselves into creating their own original manga. But when Ogiue and Yoshitaka read it and share their thoughts, is Hato really ready for that much honest criticism? Later, the Genshiken plans a trip for Kuchiki's rapidly-approaching graduation, and Madarame's coming along! It's time for a party - at Yajima's house...?