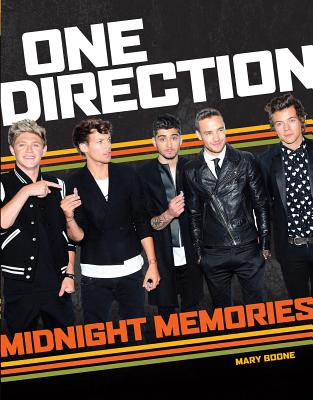 The boys are back in town with their third No. 1 album

Fans are counting the days until One Direction kicks off the North American leg of their Where We Are tour in summer 2014. The tour will include plenty of songs from the band's new album Midnight Memories, which debuted at No. 1 on the Billboard 200 and includes the popular singles "Best Song Ever" and "Story of My Life." To prepare for this epic 21-city tour, fans won't want to miss this book, which includes dozens of full-color photographs of Niall, Zayn, Liam, Harry, and Louis, as well as inside information about the band.

Triumph Books is a leader in quality and innovation in sports publishing and also publishes pop culture and current events books. They are based in Chicago.