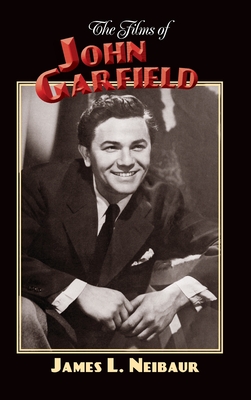 John Garfield was, and remains, one of the most impactful actors of 20th century American cinema. A towering influence on so many screen performers who came along afterward, Garfield managed to create a lasting image, despite living a life that was marked with tragedy, including the loss of a child. When he left the studios and began doing independent films, his politics informed his projects and he was blacklisted by Hollywood, leading to his early death of a heart attack at only 39 years of age. This book is a film-by-film look at his work, from the brash characters he played in his studio productions, to the tormented antiheroes of film noir that he later portrayed. His work continues to resonate into the 21stcentury.