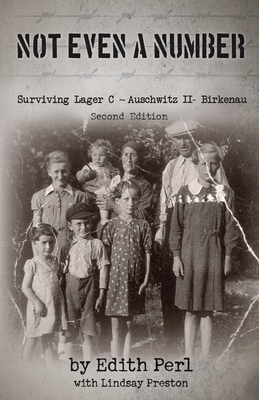 By Edith Perl, Lindsay Preston (With)

Over a million people lost their lives in Auschwitz II - Birkenau. At the height of the selections, the murders would peak at 10,000 a day. Surviving this hell would take more than prayer, more than luck...it was going to take a will to live, a desire to fight, and a need to keep a promise.

Rifchu and her family lived normal, happy lives in a small village in the Sub-Carpathian mountains. But that happiness was ripped away from them as anti-Semitism started running rampant like a disease. It began taking hold of everyone around them. Those who were once friends now became vicious enemies. Rifchu began to realize that her world was about to crumble.

On April 18, 1944, Rifchu and her family were ripped from their home and taken to the Mukacheve Ghetto by gunpoint. The conditions were harsh and virulent, but the entire family was alive and together. Their stay in Mukacheve Ghetto was brief. They were loaded into cattle cars and taken to Auschwitz II- Birkenau one month later. The family was torn apart, shoved in different directions. There were no last hugs. No good-byes. As Rifchu's mother and her youngest siblings were being pulled away, Rifchu's mother made Rifchu promise to take care of her sisters, survive the war, and go on to tell the world of the atrocities of the Holocaust.

Rifchu was going to discover that the conditions in the camp were more terrible than she could have even imagined. Survival seemed futile, especially after Rifchu caught the attention of the infamous Dr. Josef Mengele. It didn't' take her long to discover that her brains were her best weapon to survive; she would have to wield them wisely.