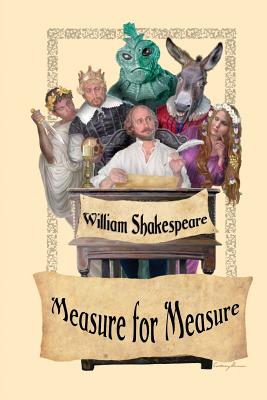 
Usually Ships in 1-5 Days
(This book cannot be returned.)
Mercy and Justice-- Measure for Measure is a play that balances Mercy against Justice and pride against humility. Vincentio, the Duke of Vienna, tells his people that he is leaving on a diplomatic mission and will leave the city in the care of a judge, Angelo. But the Duke does not leave, he disguises himself and see how his fair city is run in his absence. No ceremony that to great ones 'longs, Not the king's crown, nor the deputed sword, The marshal's truncheon, nor the judge's robe, Become them with one half so good a grace As mercy does.