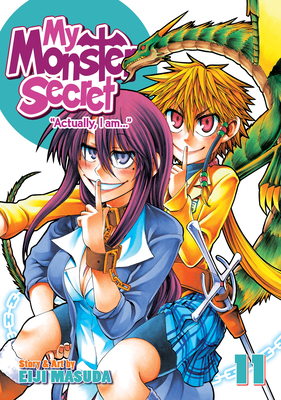 This is book number 11 in the My Monster Secret: Actually, I Am... series.

Reach for the Stars! The Class Rep has been ordered to return to her home planet. A new agent has appeared to drag Youko-san back home. And Rin goes on an epic quest to the grocery store. Third year finally begins for our heroes in this out-of-this-world comedy!
Eiji Masuda is a Japanese manga-ka best known as the creator of My Monster Secret.