The California and Oregon Trail: Sketches of Prairie and Rocky Mountain Life (Paperback) 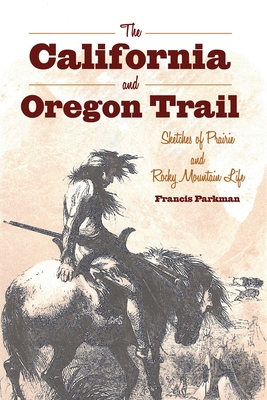 The California and Oregon Trail: Sketches of Prairie and Rocky Mountain Life (Paperback)


Email or call for price
In the spring of 1846, Francis Parkman, a Harvard-educated Boston-born aristocrat, headed west to experience the untamed regions of America, to acquaint himself with the wild mountain men in the Rockies, and to visit the surviving Indian tribes before all were absorbed by the relentless advance of Western civilization. Only twenty-two years old, Parkman had been preparing for this expedition his entire life, making scientific collections in the woods as a child and learning to ride a horse and shoot a gun better than nearly anyone else in New England.

The California and Oregon Trail is Parkman’s thrilling account of a summer spent journeying from St. Louis through the Great Plains and Black Hills to the Rockies. Traveling with his guide, Henry Chatillon, Parkman comes to revere the French trappers and voyageurs who had originally opened the country while mastering an essential art of frontier survival—hunting buffalo.

Though plagued by a mysterious illness since childhood that left him weak and blind for long periods of time, Parkman was the picture of perseverance, eagerly covering vast stretches of the Great Plains with a roving band of Sioux for days on end. He returned home exhausted—almost entirely blind—and was forced to dictate the entire account, lending the book its breezy, conversational style.

Skyhorse Publishing, as well as our Arcade imprint, are proud to publish a broad range of books for readers interested in history--books about World War II, the Third Reich, Hitler and his henchmen, the JFK assassination, conspiracies, the American Civil War, the American Revolution, gladiators, Vikings, ancient Rome, medieval times, the old West, and much more. While not every title we publish becomes a New York Times bestseller or a national bestseller, we are committed to books on subjects that are sometimes overlooked and to authors whose work might not otherwise find a home.
Francis Parkman was born in 1823 to a distinguished Boston family. He enrolled at Harvard College at age sixteen and received a law degree several years later. With his formal education complete, Parkman dedicated himself to his life’s great ambition: writing a history of the American wilderness. His seven-volume work France and England in North America is considered by many to be one of the most brilliant achievements in the genre. He died in 1893.