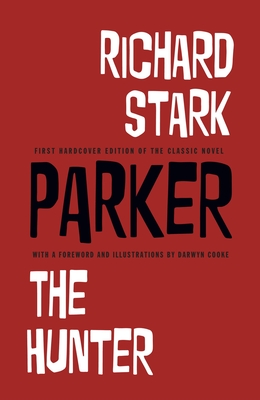 The Hunter, the first book in the Parker series, is the story of a man who hits New York head-on like a shotgun blast to the chest. Betrayed by the woman he loves and double-crossed by his partner in crime, Parker makes his way cross-country with only one thought burning in his mind — to coldly exact his revenge and reclaim what was taken from him!

In 1962, Donald E. Westlake, writing under the pseudonym Richard Stark, created what would become one of the most important and enduring crime fiction series ever produced — Parker. Westlake wrote more than 20 Parker novels, many considered classics of the genre, and a number of which have transitioned to the big screen. Most notable of these is Point Blank, directed by John Boorman and starring Lee Marvin, released in 1967. Westlake received many accolades during his distinguished career, including being named a Grand Master by the Mystery Writer's of America, that prestigious organization's highest honor.

Darwyn Cooke has adapted four Parker books as graphic novels so far. The first three, The Hunter, The Outfit, and The Score have all won Eisner and Harvey Awards. He will be providing all-new color illustrations for The Hunter, the first in a series of hardcover prose novels released in chronological order and featuring Cooke's art.
Richard Stark is the most famous pseudonym of world-renowned author Donald Westlake (1933-2008). In 1962 hecreated the master thief Parker and began a series of novels that have been recognized as seminal works of crime fiction. Several of Westlake’s books have been adapted by Hollywood and Westlake’s adaptation of The Grifters earned him an Academy Award nomination for best motion picture screenplay. Westlake has won numerous awards for his fiction and in 1993 the Mystery Writers of America named him a Grand Master, the highest honor bestowed by that prestigious society.

"Parker's a very bad man, but it's hard to take your eyes off him." –Washington Post

"A tremendous feat of compression and interpretation. When Westlake wrote as Richard Stark, he wrote starkly, using minimal description and the tersest dialogue. Cooke, perhaps best known for his work on DC: The New Frontier and another remarkable adaptation, his reinvention of Will Eisner’s The Spirit, somehow pares down the story of The Hunter even more radically than the Stark novel." –Entertainment Weekly