The Lady in the Silver Cloud (Stewart Hoag Mysteries #13) (Hardcover) 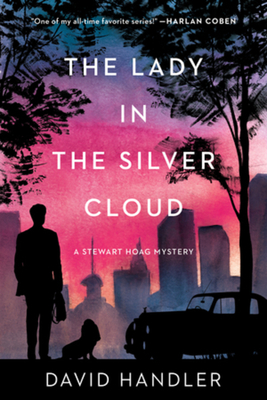 The Lady in the Silver Cloud (Stewart Hoag Mysteries #13) (Hardcover)

This is book number 13 in the Stewart Hoag Mysteries series.

"This is confection in the guise of a mystery novel; it goes down easy as a milkshake."—Sarah Weinman, The New York Times Book Review

A 1955 Rolls-Royce Silver Cloud is a fantastically expensive car, especially in the pristine condition of the one owned by Muriel Cantrell. Living in a luxury apartment building on Central Park West, the delicate, sweet 75-year-old woman is a neighbor of Merilee Nash, the beautiful movie star, and Stuart Hoag, whose first book was a sensation but whose career crashed when he became involved with drugs and alcohol. Divorced ten years earlier, Hoagy has been welcomed back into Merilee’s life and apartment.

Apparently universally beloved in her building, residents are shocked when Muriel is murdered after a Halloween party. No one takes it harder than her long-time chauffeur, Bullets Durmond, whose previous job was as an enforcer for the mob. Who in the world would want to harm the silver-haired lady whose major vices were buying shoes and Chanel suits (always in cash), and watching day-time soap operas?

Lieutenant Romaine Very of the NYPD is called to investigate and again seeks help from his friend Hoagy who, along with his basset hound Lulu, has been an invaluable aide in the past. The investigation leads to the unexpected source of Muriel’s wealth, the history of her early years as a hatcheck girl at the Copacabana, how her chauffeur came to be called Bullets, her desperate meth-head nephew, and her wealthy neighbors, who have secrets of their own.

David Handler is the Edgar Award-winning, critically acclaimed author of several bestselling mystery series. He began his career as a New York City reporter, and wrote his first two novels—Kiddo (1987) and Boss (1988)—about his Los Angeles childhood. In 1988 he published The Man Who Died Laughing, the first of his long-running series of mysteries starring ghostwriter Stuart Hoag and his faithful basset hound Lulu.

One of my all-time favorite series! . . . David Handler is so good at writing one smart, funny page-turner after another that he makes it look easy.
— Harlan Coben

Adultery, blackmail, trick-or-treaters, unseemly ties to organized crime, and New York in the 1990s. What’s not to like?
— Kirkus

Full of dark secrets and potential suspects, so many of each that they threaten to overwhelm Hoagy, although it should be noted that they never overwhelm author Handler, who keeps a sure hand on the steering wheel.
— Booklist

Hoagy and Lulu tickle your funny bone and touch your heart.
— Carolyn Hart

If I could get Stewart Hoag to ghostwrite my books they’d sell better, and I’d laugh myself silly. David Handler is a hoot, and his books are just the thing for what ails you.
— Parnell Hall

David Handler has spent decades writing mystery novels that don’t take themselves too seriously but are among the most solidly crafted around. . . . This is confection in the guise of a mystery novel; it goes down easy as a milkshake.
— Sarah Weinman - The New York Times Book Review