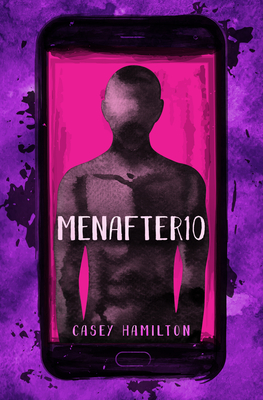 MENAFTER10 is a geosocial online dating application for gay urban men looking for urban men. Among its users is Chauncey Lee, who is always online, always looking. What exactly he's looking for is a mystery even to him, but he does his best trying to find it by dating in bedrooms across an unnamed city. Brontae Williams is just the opposite. He's lonely and desperately wants to settle down into a long-term relationship. His biggest problem is that the only thing anyone wants these days is quick and casual sex. LeMilion Meeks, however, is used to the fast life. With his big personality, he might come off as content with snorting coke in club bathrooms, but he's learning that knowing his HIV status is entirely different than knowing what to do with it.

Despite the differences between them, their reasons for using the app are the same. The stories of these men and the men they meet online intersect and converge in this brilliant and sexy debut novel.

CASEY HAMILTON is a writer with his roots in raw, fictional storytelling. A native of Baton Rouge, Louisiana and a graduate of Southern University and A&M College, he now writes from Atlanta, Georgia. After briefly working as a freelance copywriter, Hamilton followed his passion for creative writing with his 2013 amateur debut as a YouTube content creator and star of the gay web series Judys.