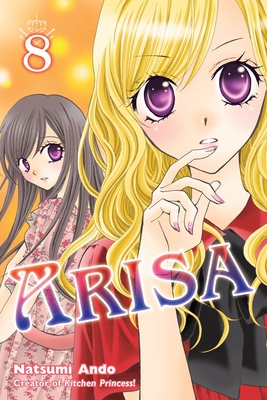 This is book number 8 in the Arisa series.

THE ACTION HEATS UP!

Having collected all of the King’s cell phones, Kudo now rules over his classmates with terror! In a terrible act of vengeance, he enacts his final dastardly plot by setting a house on fire. As the blaze threatens to destroy everything, Kudo’s classmates are all hunting for the identity of the King! Meanwhile, Arisa sleeps on in a coma....

Includes special extras after the story!