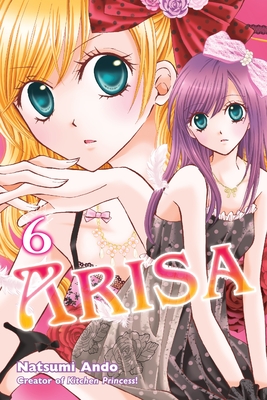 This is book number 6 in the Arisa series.

Shizuka, confined to a wheelchair, blames her misfortune on Arisa. Will she seek revenge using the King's cell phone? Can Tsubasa defend Arisa against Shizuka, and get the information about the King? Or does the King have something far more sinister in store?

Includes special extras after the story!
Born January 27th in the Aichi prefecture of Japan, NATSUMI ANDO won the prestigious 19th annual Nakayoshi Rookie Award in 1994 for her debut, Headstrong Cinderella. Her other popular series include Zodiac P.I. and Kitchen Princess. Her hobbies include reading, watching movies, and eating delicious food.