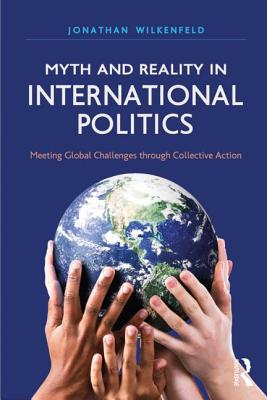 Recent generations have experienced dramatic improvements in the quality of human life across the globe. Wars between states are fought less frequently and are less lethal. Food is more plentiful and more easily accessed. In most parts of the world, birthrates are down and life expectancy up. Significantly fewer people live in extreme poverty, relative to the overall population. Statistics would argue that the human race has never before flourished as it has in this moment.

And yet, even with this progress, we face a number of seemingly intractable challenges to the welfare of both states and individuals, including:

These challenges require a newly collaborative, intentional, and systematic approach. This book offers a blueprint for how to get there, calling for increased leadership responsibility, clarity of mission, and empowerment of states and individuals. It is designed to transform lofty but often vague agendas into concrete, measurable progress. It believes in the capacity of humanity to rise to the occasion, to come together to address these increasingly critical global problems, and offers one way forward.

Jonathan Wilkenfeld is Professor of Government and Politics, and Director of the ICONS Simulation Project at the University of Maryland, USA. He was a founder with Michael Brecher of the International Crisis Behavior Project. His research and writing has addressed conflict and crisis, negotiation and mediation, with regional foci in the Middle East and China. His recent research has been supported by the National Science Foundation, the US Department of Homeland Security, and by the Folke Bernadotte Academy (Sweden). His recent books include Peace and Conflict 2014 (with David Backer and Paul Huth), International Negotiation in a Complex World (4th edition, with Brigid Starkey and Mark Boyer), and Mediating International Crises (with Kathleen Young, David Quinn, and Victor Asal).