She Came from Mariupol (Paperback) 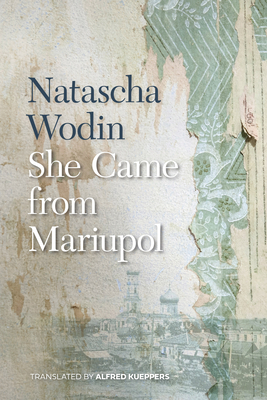 She Came from Mariupol (Paperback)


Usually Ships in 1-5 Days
WINNER OF THE 2017 LEIPZIG BOOK FAIR PRIZE—When Natascha Wodin’s mother died, Natascha was only ten years old—too young to find out what her mother had experienced during World War II. All the little girl knew was that they were detritus, human debris left over from the war. Years later, Natascha set out on a quest to find out what happened to her mother during that time. Why had they lived in a camp for “displaced persons”? Where did her mother come from? What had she experienced? The one thing she knew is that her parents had to leave Mariupol in Ukraine for Germany as part of the Nazi forced labor program in 1943. Armed with this limited knowledge, Natascha resolved to piece together the puzzle of her family’s past. The result is a highly praised, beautiful piece of prose that has drawn comparisons to W. G. Sebald in its approach. Like Sebald, Natascha’s aim is to reclaim the stories of those who can no longer speak for themselves. The author is not only in search of her own family’s history, but she is also aware that she is charting unmarked territory: accounts of the plight of forced laborers and displaced persons are still a rarity within literature about World War II and its atrocities. Natascha’s personal homage to her mother’s life story is an important lyrical memorial for the thousands of Eastern Europeans who were forced to leave their homes and work in Germany during the war, and a moving reflection of the plight of displaced peoples throughout the ages. This is a darkly radiant account of one person’s fate, developing momentous emotive power—its subject serves as a proxy for the fate of millions.
NATASCHA WODIN was born in the Bavarian town of Fürth in 1945 to parents who had been forced laborers
until they were liberated by the Allies in Leipzig. She grew up on the margins of postwar German society, living
for many years in the notorious Camp Valka for Displaced Persons in Nuremberg, and after the early death of her
mother she was raised in a Catholic home for girls.

ALFRED KUEPPERS, a graduate of Pomona College and Columbia University with postgraduate work in post-Soviet studies from the Harriman Institute has lived and worked in Europe as a journalist since 1999.

“The tragic story of a destiny is transformed into a voyage back to Ukraine and to the multiethnic city of Mariupol on the Sea of Azov, where Jews and Russians, Poles and Turks, Italians and Germans lived side by side. Without hesitation or fear, with the dogged single-mindedness of a detective, Wodin retraces her own dramatic experiences through the desolate landscape of desperate decades, in the search of this complicated ancestral network.”—From La Stampa (Turin, Italy)

"The unexpected and surprising revelations are structured like a crime thriller: the tension increases with every detail, and chance generates a spectacular, wide-screen story. […] The catastrophic events of twentieth-century history are dealt with here in miniature, but with existential impact."—From Die Zeit (Hamburg, Germany)


"[…] Wodin recreates her mother’s experience during WWII, first working for the Germans while they occupied Ukraine and “recruited forced laborers,” and later becoming one herself. It adds up to a moving look at the lives of people caught up in global conflict, and one that takes on an eerie timeliness now."—Publishers Weekly