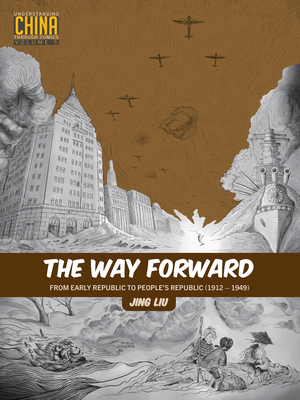 China entered the 20th century as an agrarian society, weakened under internal and external pressures. Revolutionaries came together to bring down the last imperial dynasty but quickly split over the direction of reconstruction. Civil wars ensued, followed by WWI.

The fate of the country appeared to be in the hands of industrial powers like Britain, Germany, Japan, the Soviet Union, and the United States. All seemed lost when Japan seized all Chinese seaports, railways, industries, and fertile farmland. Yet Chinese resistance continued for eight years and the entire society was mobilized. After decades of struggling, China finally regained independence that laid the foundation for its own modernization.

Jing Liu is an artist and entrepreneur from Beijing, China. He is currently the Managing Director of Moli Design, a China-based design firm that counts the BBC, The Ford Foundation, and UNICEF among its many clients. Liu graduated from Beijing University of Technology with undergraduate degrees in industrial design and engineering, and a masters in international economics and trade. Jing currently uses his artistry to tell the story of China. Lorie Hammond, PhD, is Founder and Academic Director of Peregrine School in Davis, CA, which offers a Chinese immersion program.