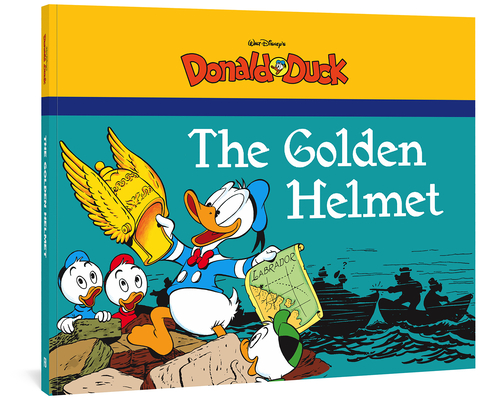 Donald Duck discovers an ancient map and triggers a race to recover a fabulous Viking artifact that will give its owner full legal title to all of North America! “The Golden Helmet” takes Donald and his nephews on one of their greatest quests ever—a rip-roaring adventure full of twists, turns, and calamitous reversals of fortune as they bound across treacherous seas, struggle across treacherous terrain—and get waylaid by treacherous opponents. Plus: Three more bonus tales guest-starring Daisy Duck, Gyro Gearloose, Gladstone Gander, and of course, Huey, Dewey, and Louie! All stories written and drawn by Carl Barks.