A Journey Through Tudor England (Paperback) 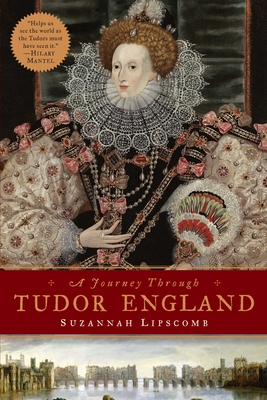 A Journey Through Tudor England (Paperback)


Usually Ships in 1-5 Days
For the armchair traveler or for those looking to take a trip back to the colorful time of Henry VIII and Thomas Moore, A Journey Through Tudor England takes you to the palaces, castles, theatres, and abbeys to uncover the stories behind this famed era. Suzannah Lipscomb visits over fifty Tudor places, from the famous palace at Hampton Court, where dangerous court intrigue was rife, to less well-known houses such as Anne Boleyn’s childhood home at Hever Castle, or Tutbury Castle, where Mary Queen of Scots was imprisoned. In the corridors of power and the courtyards of country houses, we meet the passionate but tragic Kateryn Parr, Henry VIII’s last wife; Lady Jane Grey, the nine-day queen; and come to understand how Sir Walter Raleigh planned his trip to the New World. Through the places that defined them, this lively and engaging book reveals the rich history of the Tudors and paints a vivid and captivating picture of what it would have been like to live in Tudor England.
Suzannah Lipscomb, PhD, is a Senior Lecturer in History at New College of the Humanities, London, and also teaches Early Modern History at the University of East Anglia. She has appeared on BBC, ITV, and BBC Radio, as well as co-presented Inside the World of Henry VIII on the History Channel. Her new three-part series on the Tower of London aired on National Geographic Channel. She is the author of 1536: The Year that Changed Henry VIII, and writes frequently for BBC History Magazine and History Today.

A genuinely useful and discriminating guide for all Tudor fans. Full of fascinating true stories. It helps us see the world as the Tudors must have seen it.
— Hilary Mantel, Man Booker Prize-winning author of Wolf Hall and Bring Up the Bodies

A lively and expert guide through bloody Tudor history

Lipscomb adds something new and different to the growing list of books on Tudor England. ... [A] breezy, easy read for armchair travelers.