Our Story: Celebrating the 20th Anniversary of the 1998 TITANIC EXPEDITION (Paperback) 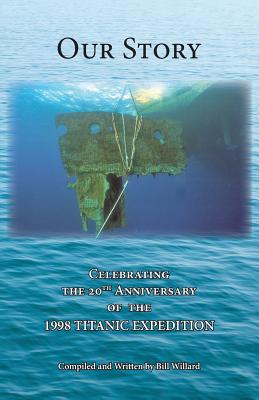 The 1998 Titanic Expedition, led by George Tulloch and PH Nargeolet, was an endeavor its members will never forget.

Now, their first-hand accounts and photos allow you to experience the journey with them as they broadcast the first live television programs from a ship, transmit the first live images from a submersible at the bottom of the North Atlantic, raise the only portion of the Titanic to have been lifted from the ocean's depths, conduct scientific investigations, and race to outrun a hurricane.

It's an adventure you don't want to miss.