You Changed My Life (Paperback) 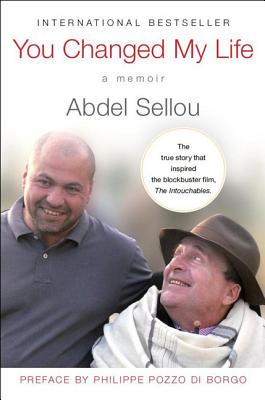 You Changed My Life (Paperback)


Usually Ships in 1-5 Days
You Saved My Life tells the extraordinary true story of the charming Algerian con-man whose friendship with a disabled French aristocrat inspired the record-breaking hit film, The Intouchables (the American remake starring Kevin Hart and Bryan Cranston coming in 2018).

Sellou's fictional reincarnation, Driss, played to critical acclaim by French comedian Omar Sy in the movie Les Intouchables, captured the hearts of millions. Already a bestseller in France and Germany, You Changed My Life shows us the real man behind Sy's edgy charm. The book takes us from his childhood spent stealing candy from the local grocery store, to his career as a pickpocket and scam artist, to his unexpected employment as a companion for a quadriplegic.

Sellou has never before divulged the details of his past. In many interviews and documentaries, he has evaded or shrugged off the question of his childhood and his stay in prison, until now. He tells his story with a stunning amount of talent, with humor, style, and-though he denies that he has any-humility.

Sellou's idiosyncratic and candidly charming voice is magnificently captured in this memoir, a fact to which his friend Philippe Pozzo di Borgo testifies in his touching preface for the book.
Abdel Sellou now lives in Algeria with his wife and three children, where he runs a chicken farm. He remains close to Philippe Pozzo di Borgo, who lives in Morocco with his second wife and two children.