Lucifer's Court: A Heretic's Journey in Search of the Light Bringers (Paperback) 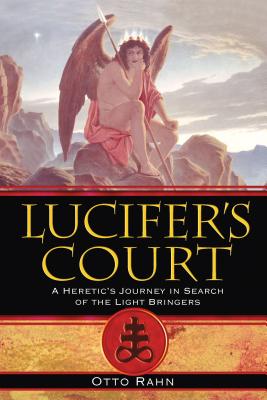 Lucifer's Court: A Heretic's Journey in Search of the Light Bringers (Paperback)

• First English translation of the author’s journeys in search of a Nordic equivalent to Mt. Sinai

• Explains why Lucifer the Light Bringer, god of the heretics, is a positive figure

Otto Rahn’s lifelong search for the Grail brought him to the attention of the SS leader Himmler, who shared his esoteric interests. Induced by Himmler to become the chief investigator of the occult for the Nazis, Rahn traveled throughout Europe--from Spain to Iceland--in the mid 1930s pursuing leads to the Grail and other mysteries. Lucifer’s Court is the travel diary he kept while searching for “the ghosts of the pagans and heretics who were [his] ancestors.” It was during this time that Rahn grasped the positive role Lucifer plays in these forbidden religions as the bearer of true illumination, similar to Apollo and other sun gods in pagan worship.

This journey was also one of self-discovery for Rahn. He found such a faithful echo of his own innermost beliefs in the lives of the heretics of the past that he eventually called himself a Cathar and nurtured ambitions of restoring that faith, which had been cruelly destroyed in the fires of the Inquisition. His journeys on assignment for the Reich--including researching an alleged entrance to Hollow Earth in Iceland and searching for the true mission of Lucifer in the caves of southern France that served as refuge for the Cathars during the Inquisition--also led to his disenchantment with his employers and his mysterious death in the mountains after his break with the Nazis.
Otto Rahn was born in Michelstadt, Germany, in 1904. After earning his degree in philology in 1924, he traveled extensively to the caves and castles of southern France, researching his belief that the Cathars were the last custodians of the Holy Grail. Induced by Himmler to become a member of the SS as a civilian archaeologist and historian, Rahn quickly grew disillusioned with the direction his country was taking and resigned in 1939. He died, an alleged suicide, on March 13, 1939, in the snows of the Tyrolean Mountains.
" . . . a definite 'must read' for any serious student of lost wisdom, and certainly for any student of the Cathar tradition. It is well written, personal, and utterly riveting."
— Lesley Crossingham, New Dawn, Nov/Dec 2008

"New Age collections will find it intriguing and packed with adventure."
— The Midwest Book Review, May 08