St. Joseph and His World (Paperback) 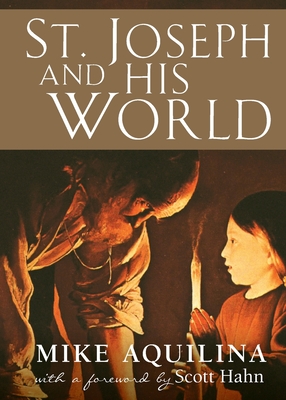 St. Joseph and His World (Paperback)

There are few subjects so challenging" to authors as St. Joseph. So says scholar Scott Hahn in his foreword to this book. Yet the pages that follow give not merely glimpses, but vistas, of St. Joseph's world. Hahn continues: "You'll learn about Nazareth - and how it was created almost ex nihilo shortly before Joseph's birth. You'll learn about religious practice and education in that place and time. You'll travel to Egypt and encounter the fascinating settlements of Jews in that land. You'll also find out how a carpenter worked in those days: what tools he used, what items he crafted, where he got his training, and how he got to and from his job sites." This book provides an imaginative entry into one of the most important lives in all of history - a life too often obscured by later legends.

Scott Hahn says in his forword - What we discover between the lines is that there were, in the first century bc, two guiding hands in history: there was the providential hand of the Lord God working God's will, and there was the demonic hand of Satan manipulating the mad King Herod. As a result, there were two rival accounts of kingship, two rival ideas of temple-building, and two rival stories of salvation. Joseph was not the only Jew to recognize this dualism, but he was perhaps the most important one. Those who recognized it were forced to make difficult choices-and face terrifying consequences.