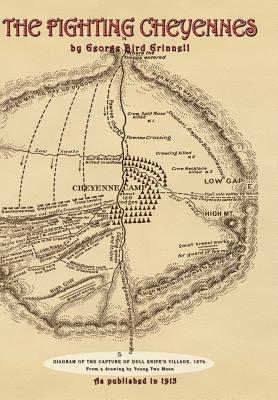 
Usually Ships in 1-5 Days
(This book cannot be returned.)
George Bird Grinnell has a deep and intimate connection with the Indian tribes of North America. This volume is about the proud, fearless Cheyenne. He covers their early wars with neighboring tribes, as well as the later wars with settlers brought on by westward expansion into Cheyenne territory. Indeed, the Cheyenne were friendly to whites up to the mid-1850's. The discovery of gold in the Cheyenne and Arapaho hunting lands would change that. The notorious Sand Creek Massacre of Black Kettle's band in 1864 would become the flash point. The Cheyenne did not have a written language. Their history is passed down by tribal storytellers. Grinnell lets them speak for themselves by presenting the eyewitness accounts of older members who took part in earlier wars as well as those who battled the settlers in later years. He researched the Cheyenne traditions, daily habits and way of life. He found them to be a proud, courageous people devoted to tribe, family and honesty. This volume includes an excerpt from the Smithsonian Institution's 1912 edition Handbook of American Indians.