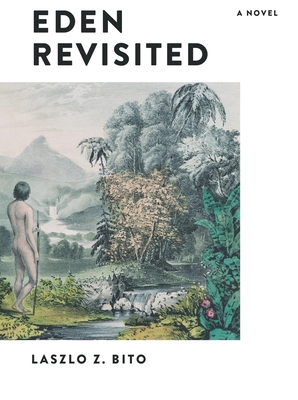 
Email or call for price
Eden Revisited is Hungarian writer Laszlo Bito’s vivid reimagining of the saga of the Bible’s first family: Adam and Eve and their sons Cain and Abel. This novel immerses readers in a mythic landscape: the Garden of Eden with its “tree of bitter apples,” the forbidden fruit that Bito conceives as having hallucinogenic properties; the Outerworld—a wilderness of cliffs, caves, and forests cut off from the wider world by impassable swamps and the Euphrates River, teeming with crocodiles. Further East, beyond the Outerworld, is the peaceful, matriarchal Land of Nod, where, roughly fifteen years before the novel begins, a terrible crime had been committed and a mystery born. Sacrilegious, erotic, and inventive, Eden Revisited removes an omnipotent Creator from our origin story and challenges our notions of divinity and innocence. After reading Bito’s novel, readers will never see Adam and Eve, the Garden of Eden, the Fall and the immortal question “Am I my brother’s keeper?” in quite the same way.
László Z. Bitó (1934–2021) was born in Hungary and forced into exile due of his involvement in the 1956 uprising. He earned a BA in chemistry and biology from Bard College and subsequently a PhD in in biophysics from Columbia University, where he joined a team that invented the glaucoma-drug Xalatan. By the time of his death he had published more than twenty books in Hungarian; some were translated into German and several Eastern European languages. The Gospel of Anonymous, published in 2011, was his first, and until now only, literary book published in English.
"Eden Revisited is an inventive and provocative novel that re-imagines the story of Adam and Eve and their sons Cain and Abel. We assume we know and understand that well-known myth, but in Laszlo Bito’s brilliant retelling we encounter startling new meanings. A Bible story turns into a modern morality tale for our time that confronts the way we think about family, free will, evil, guilt and the idea of God. Before his second career as a writer, Bito was a distinguished scientist noted for his path-breaking contributions to the treatment of glaucoma, and he was a leading activist in his native Hungary on behalf of democracy and human rights. This book will move readers to think anew about how we might fashion an ethics of responsibility—a condition of genuine freedom without hate and intolerance. As autocracy and nativism gain popularity, Laszlo Bito’s voice is a welcome inspiration." —Leon Botstein, President, Bard College