How Should We Then Live?: The Rise and Decline of Western Thought and Culture (Abridged / Paperback) 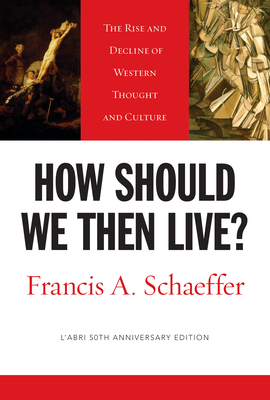 How Should We Then Live?: The Rise and Decline of Western Thought and Culture (Abridged / Paperback)

By Francis A. Schaeffer, Lane T. Dennis (Foreword by)

As one of the foremost evangelical thinkers of the twentieth century, Francis Schaeffer long pondered the fate of declining Western culture. In this brilliant book he analyzed the reasons for modern society's state of affairs and presented the only viable alternative: living by the Christian ethic, acceptance of God's revelation, and total affirmation of the Bible's morals, values, and meaning.

Francis A. Schaeffer authored more than twenty books, which have been translated into a score of languages and sold millions worldwide. He and his wife, Edith, founded L'Abri Fellowship international study and discipleship centers. Schaeffer passed away in 1984, but his influence and legacy continue worldwide.