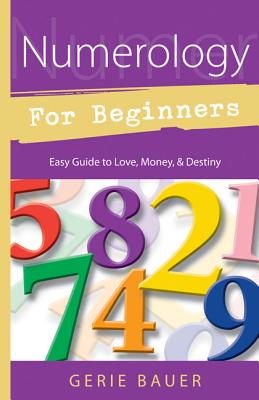 Get fresh new insight into your personality, energy cycles, and future with numerology. Numerology can answer dozens of questions about character traits, upcoming opportunities, careers, and relationships--all you need is a name, a birth date, and this book Within minutes, you can learn how to use the numbers 1 through 9 to calculate the energy vibrations around almost anything in your life--from love to the lottery. You can also determine in advance what sort of opportunities are in your future.

Gerie Bauer (New York) is known for her work as a pioneer in the fields of health, beauty, and travel. She has been a television producer, fashion and beauty editor, lecturer, consultant, travel expert and author of ten books. Bauer has traveled throughout the world, produced travel films, and contributed articles for many of the leading women's magazines. She was also spa editor of Debrett's International Collection and Femme magazines. Bauer's previous book Don't Be a Wife—Be a Mistress quickly became a bestseller and was translated into several different languages. Success followed Bauer with other publications, including Gourmet Cooking on a Shoe String and the Travel Especially for Women Series, which was the first of its kind to offer extensive and personal information addressing the problems and interests of female travelers. The multi-talented Bauer has appeared on Phil Donahue and other TV and radio shows nationwide. During a four year period Bauer lived in Africa while living with primitive tribes. She also interviewed Rhodesian Prime Minister Ian Smith, black parliamentary members, and tribal chiefs. The interview was later turned into an in-depth documentary.