Scott, Shackleton, and Amundsen: Ambition and Tragedy in the Antarctic (Adrenaline Classics) (Paperback) 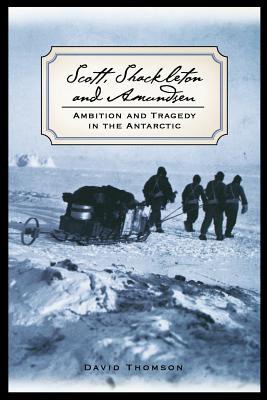 Between the middle of January and the end of March 1912 five men died in the attempt to return from the South Pole to their base on the edge of Antarctica. Their leader, the last to die and the man whose diary described their agonies was Robert Falcon Scott. The expedition had been beaten to the Pole by a band of racing Norwegians, led by Roald Amundsen. The bodies of the last three to die were found seven months later and, ever since, Scott's men have been British heroes. It is that legend, as much as their ordeal that is the subject of this book. Scott's men and the supporting characters, Amundsen and Shackleton, his rivals; Clement Markham, his discoverer; his wife Kathleen -- give a fascinating picture of English society before the First World War. The story of the drama becomes also an illustration of human and social character. And, to the extent that Scott is legendary in England, the book tells something about the English and their attitude to duty.

English-American writer David Thomson is the author of many books on film, including "Have You Seen...?" A Personal Introduction to 1,000 Films, which the New York Times called, "passionate, illuminating, rich, and eccentric"; and the massively influential Biographical Dictionary of Film called "the best book on the movies ever written in English" (the New Republic). He lives in San Francisco with his family.

Booklist
"When Thomson writes a book, it is time for celebration."

Steven Bach
"Thomson is an expert: an expert storyteller, critic, thinker, investigator and observer of the all-too-human landscape."