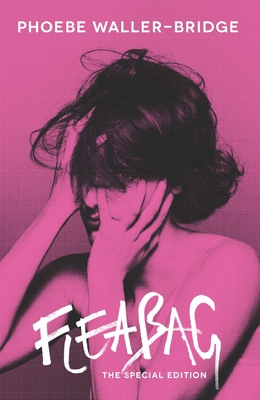 In 2013, Fleabag made its debut as a one-woman show in the sixty-seater venue the Big Belly, at the Edinburgh Festival Fringe's Underbelly. It was an immediate hit, going on to enjoy two runs at London's Soho Theatre, national and international tours, while picking up prizes including Critics' Circle, The Stage, Fringe First and two Off West End Theatre Awards, plus an Olivier Award nomination.

The 2016 TV adaptation propelled Fleabag and Phoebe to worldwide fame, earning critical acclaim and further accolades including Writers' Guild, Royal Television Society and BAFTA Television Awards. A second season followed in 2019, winning an amazing six Emmy Awards, along with a sold-out run of the original play in New York.

This special edition of the play is released alongside Fleabag's first West End run at Wyndham's Theatre, London. It is introduced by Deborah Frances-White, stand-up comedian, writer and host of The Guilty Feminist podcast.

Phoebe Waller-Bridge is an actor, playwright and screenwriter. Her first play, Fleabag, premiered at the 2013 Edinburgh Festival Fringe, performed by Phoebe Waller-Bridge herself, before transferring to Soho Theatre, London, for several successful runs, followed by a UK tour. It won a Fringe First Award, the Most Promising New Playwright and Best Female Performance at the Off West End Theatre Awards, The Stage Award for Best Solo Performer and the Critics' Circle Award for Most Promising Playwright. A television version of Fleabag was broadcast on BBC3/Amazon in 2016, again starring the author. It became one of the most talked and written about shows of the year, winning several awards, including a BAFTA for best actress in a comedy. In 2019, the second season of the show won six Emmy Awards, including Outstanding Comedy Series, Outstanding Writing for a Comedy Series, and Outstanding Lead Actress in a Comedy Series. Other writing for television includes Killing Eve (BBC America, 2018) and Crashing (E4, 2016). Her acting credits include 2nd May 1997 (Bush Theatre), Tribes (Royal Court Theatre), Mydidae (Soho Theatre) and the award-winning film The Iron Lady. She is co-Artistic Director of acclaimed new writing company DryWrite.