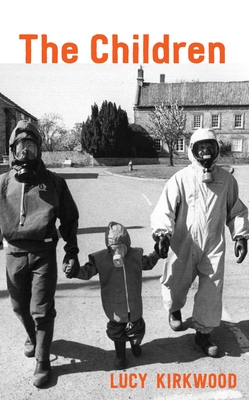 "A richly suggestive and beautifully written piece of work, provoking questions that will continue to nag and expand in your mind...The genius of the play is to embed its pressingly topical preoccupations in a humane, tragicomic scenario that is never, despite the circumstances, portentous or clangingly apocalyptic in tone...The Children consolidates my view that Kirkwood is the most rewarding dramatist of her generation." --Independent

"Grips compulsively...Genuinely disturbing...Leaves you an abundance of ideas on which to ruminate." --Guardian

"A far-reaching, unsettling play about legacy, survival and responsibility...Deceptively lightly written and often tartly funny...Kirkwood tackles huge themes and poses tough, even shocking questions, but weaves them into a droll script that both chastises and sympathises with her characters..." --Financial Times

Two retired nuclear scientists in an isolated cottage by the sea as the world around them crumbles. Then an old friend arrives with a frightening request.

"At our time of life we simply cannot deal with this shit."

Lucy Kirkwood's previous plays include Chimerica (winner of the Olivier Award for Best Play, the Evening Standard Award, the Critics' Circle Best New Play Award and the Susan Smith Blackburn Prize), small hours, NSFW, and it felt empty when the heart went at first but it is alright now. The Children premiered at the Royal Court, London, and will receive its US premiere at Manhattan Theatre Club in the fall of 2017.