Mr. Burns and Other Plays (Paperback) 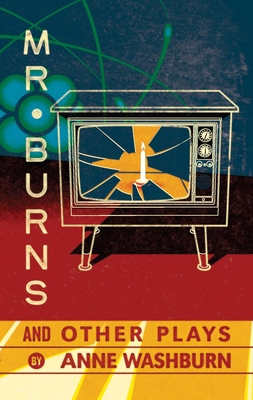 Mr. Burns and Other Plays (Paperback)

One of the most spectacularly original plays in recent memory.--Entertainment Weekly

Fascinating and hilarious . . . With each of its three acts, Mr. Burns grows grander.--Village Voice

When was the last time you met a new play that was so smart it made your head spin? . . . Mr. Burns has arrived to leave you dizzy with the scope and dazzle of its ideas . . . with depths of feeling to match its breadth of imagination.--The New York Times

An ode to live theater and the resilience of The Simpsons, Anne Washburn's apocalyptic comedy Mr. Burns--even better than its hype (New York Post)--is an imaginative exploration of how the culture of one generation can evolve into the mythology of the next. Following an enthusiastic critical reception from New York critics for its world premiere, Mr. Burns will receive its London premiere in spring 2014. Also included in the collection are The Small, I Have Loved Strangers, and 10 Out of 12, all of which, together, develop a theme of destruction, from the personal to the city to civilization and, finally, to the destruction of form.

Anne Washburn's plays include The Internationalist, A Devil at Noon, Apparition, The Communist Dracula Pageant, I Have Loved Strangers, The Ladies, The Small, and a transadaptation of Euripides's Orestes. Her awards include a Guggenheim, NYFA Fellowship, Time Warner Fellowship, and a Susan Smith Blackburn finalist. She is a member of 13P, The Civilians, and is a New Georges affiliated artist.

Anne Washburn's plays include The Internationalist, A Devil at Noon, Apparition, The Communist Dracula Pageant, I Have Loved Strangers, The Ladies, The Small and a transadaptation of Euripides' Orestes. Her work has been produced by 13P, Actors Theater of Louisville, American Repertory Theatre, Cherry Lane Theatre, Clubbed Thumb, The Civilians, Dixon Place, Ensemble Studio Theater, The Folger, London's Gate Theatre, NYC's Soho Rep, DC's Studio Theater, Two River Theater Company, NYC's Vineyard and Woolly Mammoth. Awards include a Guggenheim, a NYFA Fellowship, a Time Warner Fellowship, Susan Smith Blackburn finalist, residencies at MacDowell and Yaddo, and an Artslink travel grant to Hungary to work with the playwright Peter Karpati. She is an associated artist with The Civilians, Clubbed Thumb, New Georges, and is an alumna of New Dramatists and 13P. Currently commissioned by MTC, Playwrights Horizons, Soho Rep, and Yale Rep.