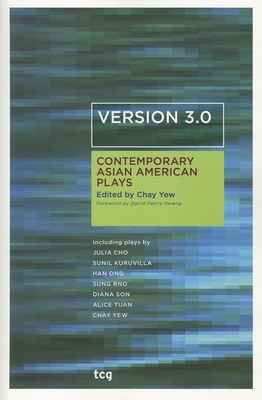 "The first two generations of Asian American drama articulated experiences and issues of race and identity. In this anthology, a new generation of Asian American playwrights explores the myriad ways in which Asians live in America."--Editor Chay Yew

Chay Yew is a noted playwright and director whose work has been produced Off Broadway and across the United States. He has served as head of the Asian Theatre Workshop at the Mark Taper Forum, and he is a former resident director at East West Players.

Chay Yes is a noted playwright and director in who's work has been produced in numerous theatres across the US. He is the former director of the Asian Theatre Lab at the Mark Taper Theatre and is on the executive board of the Society for Stage Directors and Choreographers. He lives in Los Angeles.