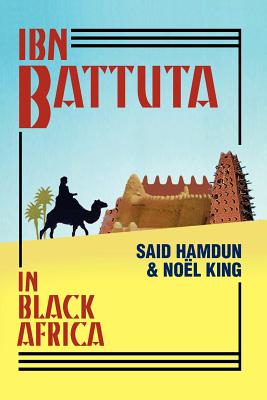 Abu Abdalla ibn Battuta (1304-1354) was one of the greatest travelers of pre-modern times. He traveled to Black Africa twice. He reported about the wealthy, multi-cultural trading centers of the African East coast, such as Mombasa and Kilwa, and the warm hospitality he experienced in Mogadishu. He also visited the courts of Mansa Musa and neighboring states during its period of prosperity from mining and the trans-Saharan trade. He wrote disapprovingly of sexual integration in families and of a "hostility toward the white man." Ibn Battuta's description is a unique document of the high culture, pride, and independence of Black African states in the fourteenth century. This book is one of the most important documents about Black Africa written by a non-European Medieval historian. The new appendices include reports by contemporary Arab travelers who witnessed events described by Ibn Battuta, such as Ibn Khaldun, al-Maqqari, Ibn al-Dawadari and Al-Maqrizi. New foreword and bibliography by Ross Dunn. New and expanded appendices.