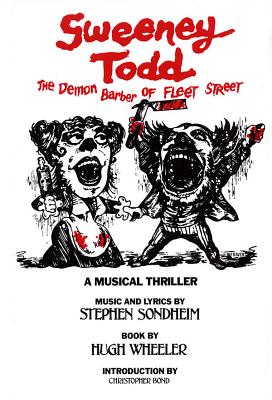 
Usually Ships in 1-5 Days
Book by Hugh Wheeler Introduction by Christopher Bond Mr. Sondheim fearlessly explores psychic caverns where civilized people are not dying to go ... A naked Sweeney Todd stands revealed as a musical of naked rage, chewing up everyone in its path as it spits out blood and tears. - Frank Rich, The New York Times - A work of such scope and such daring that it dwarfs every other Broadway musical that even attempts to invite comparison. - Rex Reed, New York Daily News.