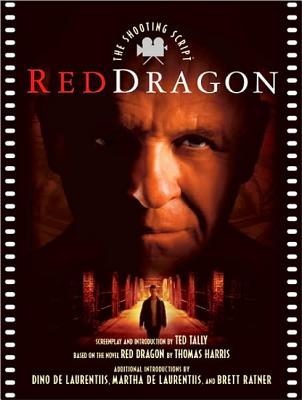 Based on Thomas Harris' 1981 best-selling novel, a prequel to The Silence of the Lambs (1988) and Hannibal (1999), in which serial killer Hannibal Lector is first introduced.

Oscar®-nominee Edward Norton stars as ex-FBI agent Will Graham, an expert investigator who quit the Bureau after almost losing his life in the process of capturing the elusive Dr. Lector, played again by Academy Award®-winner Anthony Hopkins. Years later, after a series of particularly grisly murders, Graham reluctantly agrees to come out of retirement and assist in the case. But he soon realizes that the best way to catch this killer, known as the Tooth Fairy, is to find a way to get inside the killer's mind. And the closest thing to that would be to probe the mind of another killer who is equally brilliant and equally twisted. For Graham, that means confronting his past and facing his former nemesis, the now-incarcerated Lector. Oscar®-nominee Ralph Fiennes plays Francis Dolarhyde.

The Newmarket Shooting Script® includes the complete screenplay by Ted Tally, an introduction by Tally, 20 b/w film stills, and the film's complete credits.

Ted Tally won the Oscar® for Best Adapted Screenplay for The Silence of the Lambs, as well as the WGA Screen Award. He also wrote the screenplays of All the Pretty Horses, Before and After, The Juror, White Palace, and The Father Clements Story.