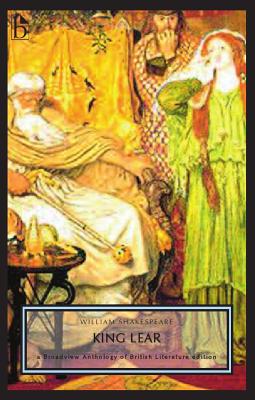 The text of the play included here, prepared by Craig Walker for The Broadview Anthology of British Literature, has been acclaimed for its outstanding introductory material and annotations, and for its inclusion of parellel text versions of key scenes for which the texts of the Quarto and the Folio versions of the play are substantially different.

Also included in this edition are excerpts from a variety of literary source materials (including Geoffrey on Monmouth's Historia Regum Britanniae, the anonymous True Chronicle Historie of King Leir, and Samuel Harsnett's A Declaration of Egregious Popish Impostures); material on the historical Annesley case that raised many of the same issues as does Shakespeare's play; and the happy ending from Nahum Tate's version of the play, which held the stage for 150 years after its first performance in 1681.

Contributing Editor Craig Walker is Associate Professor of Drama at Queen's University and is the author of The Buried Astrolabe: Canadian Dramatic Imagination and Western Tradition (McGill-Queen's University Press, 2001).