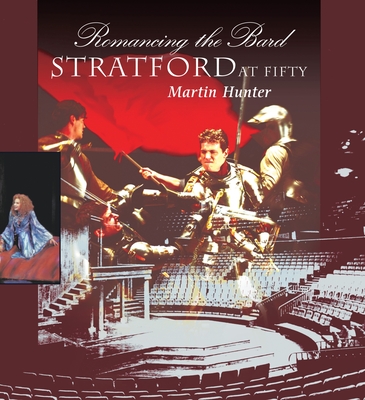 Romancing the Bard offers a look at the Stratford Festival in its first fifty years as it developed from a bold venture driven by vision of a handful of eager enthusiasts to its present status as a multi-million dollar cultural and commercial enterprise. With profiles of Stratford personalities from founder Tyrone Guthrie to current artistic director Richard Monette, it provides glimpses of intrigue and conflict both offstage and on.

The book traces the development of a distinctive Canadian acting style, the soaring costs of production and design, the conflict between artists and moneymen, the external image promoted by publicists or imposed by critics and the changing mandate as the Festival assumes an increasingly populist character.

This is a celebration of a uniquely successful artistic enterprise, and focuses on some of the Festival's finest productions. Illustrated with photographs from the Festival archives.

Martin Hunter has been a child actor, boy diplomat, university teacher, and arts journalist. His first passion is theatre, where he has worked as an actor, director, writer, and producer. Former artistic director of Hart House Theatre, Hunter has written several plays and CBC Radio dramas and documentaries. He is president of the KM Hunter Charitable Foundation.