Bleeding Out: The Devastating Consequences of Urban Violence--And a Bold New Plan for Peace in the Streets (Compact Disc) 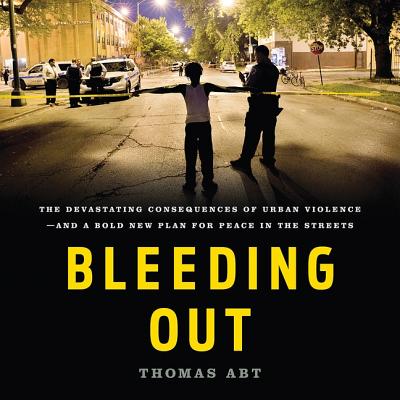 Bleeding Out: The Devastating Consequences of Urban Violence--And a Bold New Plan for Peace in the Streets (Compact Disc)


Email or call for price
From a Harvard scholar and former Obama official, a powerful proposal for curtailing violent crime in America Urban violence is one of the most divisive and allegedly intractable issues of our time, but in Bleeding Out, Harvard scholar Thomas Abt shows that we actually possess all the tools necessary to stem violence in our cities. Combining the latest social science with firsthand experience as a crime-fighter, Abt demonstrates that we must focus on hot people, the small groups of men who commit the majority of serious crimes, and on hot spots, the blocks and corners where violence clusters. Arguing against hopelessness and fearmongering, Abt proposes a relentless focus on violence--not drugs, gangs, or guns. But the goal is not just to save lives. As Abt reveals, because violence acts as the linchpin of urban poverty, curbing such crime can unlock the untapped potential of our nation's most disadvantaged communities.