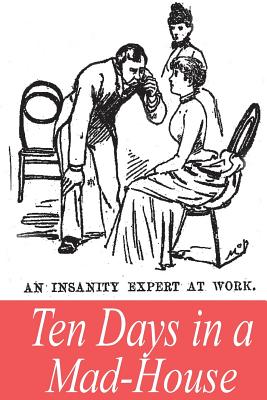 
Usually Ships in 1-5 Days
(This book cannot be returned.)
Ten Days in a Mad-House is an upfront view of Nellie Bly's experience in an insane asylum. As a reporter, Bly experienced what life was like in a woman's boarding house. Pretending to be insane, she enters her undercover assignment and learns what life is like for those that are considered insane. Her work had a lasting impact causing budget increases and stricter testing to those admitted and considered insane. Nellie Bly's real name was Elizabeth Jane Cochran. She lived a life as adventurer with many areas of exploration, including industrialism, inventing, and charity work. Bly's most lauded adventure was a 72 day trip around the world which was based on Jules Verne's character, Phileas Fogg. Throughout her life she continued to push herself in industrial advancements, women's rights, and expanding her investigative journalism. Bly died in 1922 at the age of 57 and is buried in The Bronx, New York City.