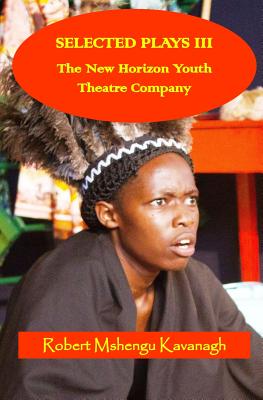 This is book number 3 in the Selected Plays series.

The Selected Plays series features theatre work in which Robert Mshengu Kavanagh played a leading role, as playmaker, director and/or actor. The first in the series featured the work of Workshop '71 in South Africa in the 1970s. The second volume, featured the political theatre of the socialist Frontline theatre group, Zambuko/Izibuko, in the 1980s and early '90s in Zimbabwe, the period that followed the coming of independence to Zimbabwe and the intensification in South Africa and the Southern African region of the struggle against apartheid. This volume is a collection of plays Kavanagh was involved in between 2002 and 2010 while working with the New Horizon Youth Theatre Company, a project in the youth programme of the Zimbabwean arts education for development and employment organisation, the CHIPAWO Trust, It includes four plays and an appendix in which an unfinished play is offered to directors and youth theatre companies for development into a finished production.The four plays are as follows: The Little Man of Murehwa, a hilarious but profound social satire set in the Zimbabwean countryside, based on a story by Hans Christian Andersen; a dramatization of Charles Mungoshi's classic novel; Waiting for the Rain; a creative adaptation of Henrik Ibsen's Peer Gynt, called A Journey to Yourself; an interrogation of Norah's actions in Ibsen's play, A Doll's House, in the context of Zimbabwean culture and social norms, called The Most Wonderful Thing of All; and, as an Appendix, the unfinished script of Secrets, an adaptation of Lutanga Shaba's book on her life and struggles as a woman who is HIV-positive. SELECTED PLAYS is a collection of plays with a difference. It features the work of South African theatre practitioner, arts educationist, cultural activist and academic, Robert Mshengu Kavanagh, in South Africa, England, Ethiopia and Zimbabwe. However, as Kavanagh himself makes clear, he did not single-handedly write a single one of them. They are all plays in which he worked with actors or other writers in a playmaking process which he led and which produced a performance which he directed.