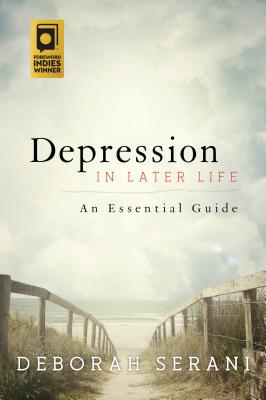 
Email or call for price
The geriatric population, defined as men and women 65 years and older, is the fastest growing population in the world. While gerontology, the study of the aging process in human beings, has brought insights about the physical, emotional, and social needs of this population, little attention has been given to the mental health of the aging, and often treatable disorders are overlooked entirely. Depression is one of the leading mental disorders in any age group, but among the elderly it is often viewed as a normal part of aging. But it's not. Depression at any age requires attention and treatment. For sufferers and their families and caregivers, this go-to guide introduces readers to depression among the aging and elderly. It looks at both sufferers who've been diagnosed in their younger years as well as those with a new diagnosis, and reviews the symptoms, the diagnostic process, treatment options including alternative and holistic approaches, and long term care for those experiencing mild, moderate, or severe depression. With real stories throughout, the book illustrates the many forms depression can take, and Serani offers a compassionate voice alongside practical advice for sufferers, caregivers, and families. An extensive resource section rounds out the book. Anyone suffering from depression in later life, and anyone who cares for someone suffering, will want to read this important guide to living well with depression in the golden years.
Deborah Serani, PsyD, is a go-to media expert on a variety of psychological issues. Her interviews can be found in ABC News, Newsday, Women's Health & Fitness, The Chicago Tribune, The Associated Press, and affiliate radio station programs at CBS and NPR, just to name a few. She is a ShareCare Expert for Dr. Oz, writes for Psychology Today, helms the Ask the Therapist column for Esperanza Magazine and has worked as a technical advisor for the NBC television show Law & Order: Special Victims Unit. A licensed psychologist in practice over twenty years, Serani is also an adjunct professor at Adelphi University and author of the award-winning book Living with Depression (Rowman & Littlefield) and Depression and Your Child (Rowman & Littlefield.