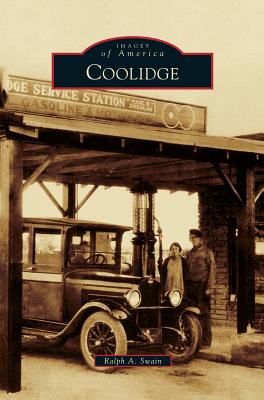 By Ralph a. Swain


Usually Ships in 1-5 Days
(This book cannot be returned.)
Even by Arizona standards, Coolidge is a relatively "new" town. Its original site was platted in 1925 with a modest 80 acres purchased by Phoenix businessman Richard J. Jones, and it would be another 20 years before the town was incorporated. Nevertheless, the Coolidge environs possess a rich and colorful history going back several thousand years when the ancestral Sonoran people began building permanent structures and constructing canals to divert Gila River water for their crops. Two hundred years after the ancient civilization abandoned the area, Spanish explorers passed through on their way to California. But it was ultimately the establishment of main line rail service, the construction of a dam, and the building of the only north-south highway between Tucson and Phoenix that led to the formation of this town named after America's 30th president.