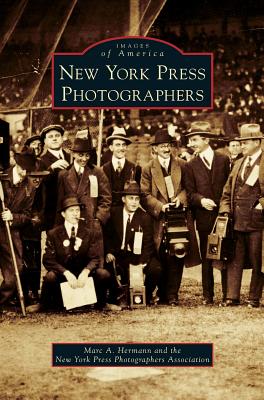 By Marc A. Hermann, The New York Press Photographers Associa


Usually Ships in 1-5 Days
(This book cannot be returned.)
New York City has earned its place as the media capital of the world, and its newspapers have chronicled life, death, triumph, and tragedy. While people like Damon Runyon, Walter Winchell, and Jimmy Breslin are remembered for how they wrote about the news, the people who documented it visually are mostly forgotten. For many decades, photographers who captured iconic images for New York's newspapers did so anonymously--picture credit lines were a rarity. This is the story of the people behind the pictures, a history of the historians. In 1915, a group of lensmen formed a fraternal organization to promote their craft and support one another through hardship. A century later, the New York Press Photographers Association (NYPPA) is regarded as the oldest press association in America, and it still advocates for its members in an ever-changing field. At work or at play, New York's photojournalists are hardly the nameless, faceless bunch history would have us believe them to be.