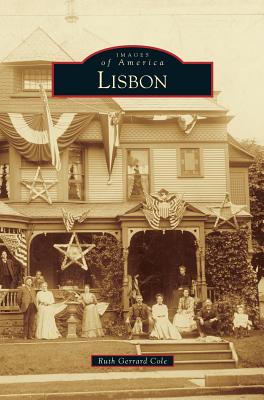 
Usually Ships in 1-5 Days
(This book cannot be returned.)
Centered in the midst of the Columbiana County hills, Lisbon was founded in 1803. High hopes for growth and prosperity were first realized through industries producing iron, coal, and pottery; however, even with modern inventions, fascinating people, and hopes for a successful canal, the dream of becoming a city never materialized. During the Civil War, Confederate general John Hunt Morgan and his raiders threatened the community with invasion, but he ultimately surrendered to Union forces. Many political careers had links to Lisbon, including those of Congressman and Copperhead Clement Vallandigham, Sen. Marcus Hanna, Pres. William McKinley, and Associate Justice of the Supreme Court John Clarke. Intriguing families such as the "Fighting McCooks" added to the community's history. Victorian homes abound, and today effort is put into the restoration of other Lisbon homes as well as businesses, creating genuine charm and interest while commercial and industrial progress stretches northward.