Baltic Lenin: A journey into Estonia, Latvia and Lithuania's Soviet past (Paperback) 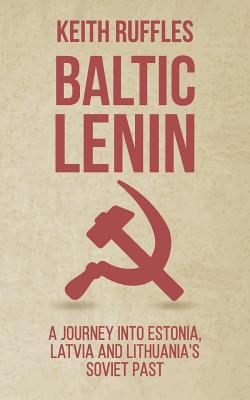 Baltic Lenin: A journey into Estonia, Latvia and Lithuania's Soviet past (Paperback)

The fall of the Soviet Union marked a new era of independence for the Baltic states. But what remains of the former Soviet Union in this tiny corner of northeastern Europe?

With humor and compassion, travel writer Keith Ruffles tells his story of visiting the little-known countries of Estonia, Latvia, and Lithuania. On his quest, he discovers how Soviet rule impacted the infrastructures, environments, and cultures of these areas.

Travel highlights include the medieval capital of Tallinn, Lithuania's baroque-style capital of Vilnius, the Estonian island of Saaremaa, and the cities of Narva and Nida, which border Russia.

Along the way, Ruffles meets quirky characters-from academics to alcoholics-and truly discovers what life is like in the region today. Perhaps, most importantly, he discovers the legacy of the Soviet Union. What does it mean for the future of this region, as tensions reminiscent of the Cold War increase between Russia and the West?

Keith Ruffles is a travel enthusiast who has explored seven former Soviet states. He is also a civil servant with both a master of science and a bachelor of science in geography from the University of Leicester. Originally from London, Ruffles now resides in Belfast. His interests include politics, religion, current affairs, the environment, and animal rights. He has been published in national newspapers and magazines. Baltic Lenin is his first book.