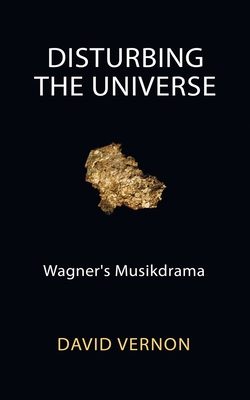 'Wagner's art refuses to stand still, declines to play by the rules and will not observe any of the social graces'

What is it that makes Wagner's art so endlessly powerful? So influential, seductive and repellent? So simultaneously creative and destructive? And why does it continue to shock, thrill and disturb all those who encounter it?

In Disturbing the Universe, David Vernon probes - in his incisive, provocative style - each of Wagner's mature works individually, from Der fliegende Holl nder to Parsifal. He unpacks and interrogates the exquisite networks Wagner created through the radical development of opera into musikdrama.

Written in spirited and enticing prose, this book will appeal to Wagner addicts and connoisseurs as well as to novices and sceptics. It invites us all to look anew at a timeless and controversial art.