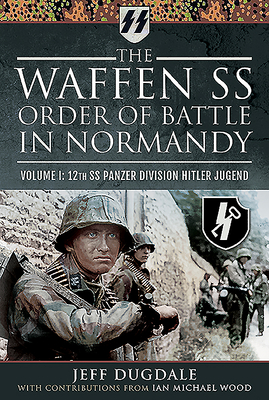 
Unavailable
Not Yet Published
The 12th SS-Panzer Division Hitlerjugend was committed to the Normandy battles on the 7th June 1944 and remained on the front line until the retreat from France in late August 1944. The division, often referred to as the 'Baby Milk Division' by the Allies, fought with a tenacity and fanaticism rarely equaled in modern warfare, with many of its young soldiers fighting to the death rather than surrender.

The aim of this series on the Waffen SS divisions in the Normandy Campaign is to detail the exact composition, strength and losses of all the SS Panzer units that saw combat in summer of 1944. The varying organizations of each of these large armored units were immensely complex, with each division having a different structure to its sister units. Each book in the series will be crammed with hitherto unpublished information, with the minutely detailed tables offering a unique insight into late war SS Panzer Divisions. They will not only highlight the armor and weaponry, but also the extraordinarily large divisional 'tail', comprising numerous supply and maintenance sections, each essential in keeping the fighting elements functioning effectively.