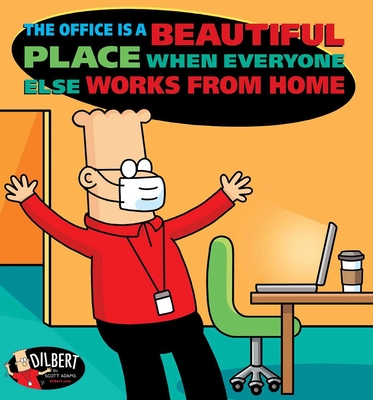 This is book number 49 in the Dilbert series.

No one is more accomplished at making the drudgery of office work into comedy than Dilbert creator Scott Adams, whose landmark comic strip starring the downtrodden engineer have entertained millions of readers for the past three decades.

This collection includes hundreds of the most recent Dilbert comics starring Dilbert, his pointy-haired boss, lazy colleague Wally, temperamental Alice, maniacal Catbert, and misguided intern Asok, among many others.
What started as a doodle has turned Scott Adams into a superstar of the cartoon world. Dilbert debuted on the comics page in 1989, while Adams was in the tech department at Pacific Bell. Adams continued to work at Pacific Bell until he was voluntarily downsized in 1995. He has lived in the San Francisco Bay Area since 1979.