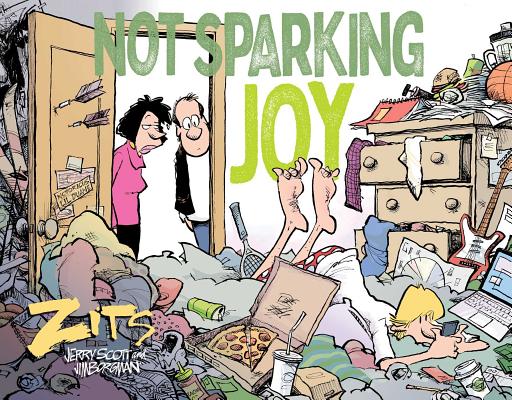 Sixteen-year-old Jeremy Duncan is a high school freshman and an aspiring musician. He daydreams about the day when his band, Goat Cheese Pizza, records their first monster hit single and they all pile into his van for their cross-country, sold-out concert tour. Between naps, study hall, and band practice, Jeremy still manages to find time to be the star of the hugely popular comic strip Zits.
Jerry Scott is the co-creator of the award-winning comic strip Zits. He lives in central coastal California. Jerry's work on Baby Blues has delighted fans and wowed the cartooning world since he launched the strip with Rick Kirkman in 1990.


Co-creator Jim Borgman and his wife are the proud parents of five children. He has also won a Reuben Award and a Pulitzer Prize. Both he and Jerry have LOTS of experience with teenagers.